메뉴 열기
메뉴 닫기
The truth will set you free 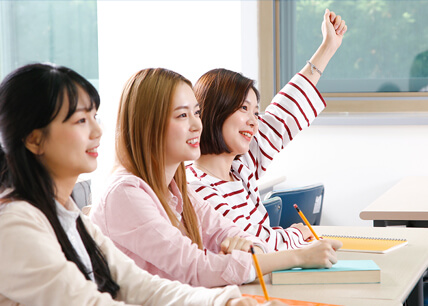 Ascertain naltional identity of Korean! Contribute to spreading Korean culture and literature to the world!

As one of the most important majors of Baekseok University, it contributes to the reputation of the university. Five professors and undergraduate students make an effort to study Korean language and literature. Many graduates are working for diverse sectors thanks to the development of diverse education programs and the following factors

(1) Enable students to use and write Korean properly
(2) Understand not only modern literature but also classic literature
(3) Cultivate creative activities and critical thought
(4) Students-centered education focusing on progress of the ethnic culture and globalization of the Korean literature.

A Course of Study